Getting To & Through College: Notes From the COVID-19 Pandemic

Getting to and through college is challenging enough in normal times. Enter the COVID-19 pandemic, which is making things harder for everyone, particularly for some first-generation students who were already juggling school, work and family responsibilities, on top of paying for college, and now face additional stress and uncertainty. We asked several of them to tell us how this crisis is impacting them. Here’s what they said: 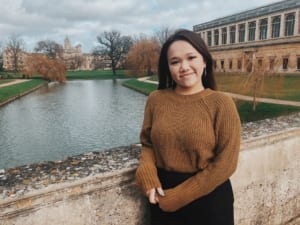 When Jo-Vivian Yu first learned that spring break would be extended another week and classes would move online, she was excited: “We were like, Oh, cool, another week of spring break. It hadn’t yet dawned on any of us how serious the conditions were,” recalls Yu, a first-generation student in her junior year at George Mason University who was on a community-service trip when the news broke.

Her excitement quickly evaporated when she returned home to Virginia, her studies, and work as a pharmacy technician at Walgreens, a job that puts her on the front lines of the coronavirus response. “That’s when it hit me how everything was already changing. We were running out of materials in the store, like hand sanitizer and toilet paper, and within a week, I was working 40 hours just trying to keep up with everything and make sure patients were getting what they needed and that our people were doing OK and staying safe, because we didn’t have the supplies to keep ourselves safe or enough Lysol to wipe down the counters until the following week.”

While Jo-Vivian is thankful to have a good job and a steady paycheck that enables her to support her parents, who aren’t working as much as they used to, working at the pharmacy and interacting with patients who may be sick has made her doubly anxious about bringing the virus home. “It scares me that I could be the reason that my parents get sick,” she says, adding that she takes precautions — like coming home through the basement and showering before going upstairs — to avoid putting her parents at risk.

But that’s not her sole concern.

She’s disturbed by the rising tide of racism against Asian Americans, which she’s not only read about in news stories, but recently experienced firsthand when she and her mother were on a walk and a passerby started loudly and aggressively coughing in their direction. Since then, she’s been nervous about going out and going to work because “I’m terrified now of what patients or people outside could really do.”

That’s on top of her academic worries about the pivot from in-person to online learning. While she’s lucky that her major — health administration, with a concentration in health informatics (which focuses on hospital data analytics and healthcare trends) — is well suited for an online format, the downside is that group work and group discussions, both central components of her courses, have become much more difficult.

“There’s one group project, and two of us are pharmacy technicians, another one works at a hospital, and another one works for a vet, and we’re all constantly working now,” so finding time to connect online and talk about what we’re going to do for the project is next to impossible, she says.

It’s also harder to concentrate and find the motivation to study, she says. “My time management skills are much more efficient when I’m going to class because I have built-in time slots when I’m supposed to be doing things. But when I’m at home and have time to myself, I don’t know how to structure it.”

Angelica Camilo, a biochemistry and molecular biology major in her junior year at Franklin & 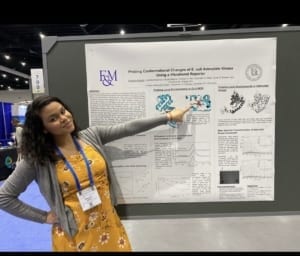 Marshall College, returned home to her family’s apartment in the Bronx after in-person classes at her college were suspended. She spent the bulk of her first weeks back buying groceries for the family, helping her grandparents mourn the deaths of two relatives — one from COVID-19, the other unrelated — and caring for her two younger brothers who are in second and eighth grades, while her parents were stranded in the Dominican Republic after travel restrictions were abruptly put in place.

“I had to take on a lot of responsibility for my brothers’ online learning, grocery shopping, and stuff like that, so that was really stressful. In addition, we had two people pass in my family. I had so much anxiety about what was going on that I kind of bombed my first exam,” she recalls. Fortunately, now that her parents are back, things are starting to feel somewhat more normal at home, though her classes, particularly the lab components, are far from it.

Once in-person and hands-on, her weekly labs now have a cooking-show feel, she says, describing the experience as surreal: “After watching a video on how to do an experiment, we discuss it and read a paper about it. Then we write a lab report where we pretend that we did the experiment and explain the results that we, obviously, don’t have, but instead read about in a paper on a similar experiment.”

She realizes that her professors have been trying their best to cobble together online courses on the fly — and takes some comfort in knowing that many of them feel as overwhelmed as she does. But “it’s funny to watch someone do something and then have to pretend like we did it ourselves,” she says, adding that “it definitely doesn’t compare to being in a lab, doing the experiment and seeing the results.”

Meanwhile, the prestigious paid summer research program at Duke University that Angelica was counting on as a way to earn money for next semester, beef up her graduate-school applications, and get professional research experience, has been canceled.

“Duke is a really good school, and I was excited to work there. The program also offered GRE prep, so now that’s something that I’m not going to get, which only adds to my existential dread about applying to grad school and how COVID will affect that,” she says. “Plus, summer research programs pay anywhere from $3,000 to $5,000, and for a lot of us, the summer is when we would earn a lot of the income we need to pay for textbooks and tuition, so now we don’t have that money coming in, in addition to not having that experience to show grad schools. It’s like a lot of the work that I did this year to get into this selective program went down the drain.” 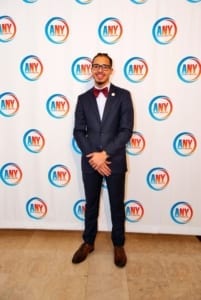 Gabriel Reyes, a junior at the City College of New York, was interning with The Education Trust, in Washington, D.C., when the pandemic hit. He was also taking classes built around the experience of living, learning, and working in the nation’s capital, with professional development, networking, and informational interviewing opportunities included. Unfortunately, he was forced to cut his D.C. stay short and go back to the Bronx. He was teleworking with Ed Trust through mid-May, but his original coursework was scrapped for more generic content.

Gabriel’s plan of attending the summer institute at the Public Policy and International Affairs Program at UC Berkeley, has been scaled back, too. The good news is the program will go on, and he’ll receive a larger stipend to make up for lost travel costs and to provide him with extra support during this crisis; the bad news is the program will be virtual instead of in person, so he’ll miss out on the full experience of living in California and interacting face to face with others.

But that seems like a minor bump in the road, under the circumstances, he says. His larger, long-term concern is the uncertain future and financial upheaval that awaits him and many of his peers, since current and soon-to-be graduates will, no doubt, face the bleakest job market in a decade, if not a century, as the U.S. economy and labor market continue to free fall.

D., a biology major at a university in the East, is one of the lucky few graduating seniors with a job offer in hand. That would be a load off his mind were it not for his immigration status, which is a major source of stress. D., who is a participant in the Deferred Action for Childhood Arrivals (DACA) program and asked to remain anonymous, has applied to renew his permit, which expires in November, but has yet to hear back. Originally from Guatemala, D. came to the U.S. when he was 9 years old, but if his renewal application isn’t approved soon, his job offer may be a moot point. He’ll lose his ability to work in the U.S. and could face deportation.

Right now, though, he’s far more concerned about the fact that he and much of his family lack health insurance. “It’s scary to think about what would happen if we get sick,” he told me, adding that he’s most concerned about his aunt, who has chronic leukemia.

Josh A., a doctoral student in educational leadership and policy studies at a large public university in central Texas, has $99,000 in deferred student loan debt and is struggling to cover his health insurance premiums, but at the moment, he fears for the safety of his younger brother — who recently lost his job as a server and is living day to day, with no car, no computer, no internet access, and no safety net to fall back on — more than his own. He’s doing everything in his power to match his brother with resources and help him financially. But while Josh earns what looks like a decent salary on paper — he has a $43,000 fellowship package which covers tuition and mandatory fees for his full-time doctoral studies — he takes home just $2,200 a month from his graduate research assistantship and stipend combined, and is barely scraping by. What’s more, per the terms of his fellowship, he’s prohibited from taking outside work and could lose his fellowship altogether if he tries to supplement his income. As colleges throughout the university system slash budgets in response to the pandemic, he fears that his livelihood could well be affected in the coming months.

That’s one of the reasons why Josh asked for anonymity and is seriously rethinking his priorities amid this pandemic and considering dropping out of his doctoral program:

“The academic and professional side of me would like to make strategic moves in my education and career, but I have to put my brother before academics and make sure he has a safety net to fall on. For me to even take this fellowship, for which I quit my job, was a huge risk. I know what financial insecurity is. I know what it feels like,” says Josh, who at various times in his youth lived with friends, relatives, or in shelters. “I can’t afford to mess up. I’m 30 years old and I don’t want to go there again. I want to avoid situations where I don’t know where I’m going to live. So, when it comes to this virus, if I were to get sick, that’s literally a life or death situation. I don’t know how long the pandemic is going to last, and I may not have access to health insurance for much longer or a job. Without any kind of family support or outside financial support, it is a very frightening thing to think about.”