As the college application season ramps up and admission letters start to trickle in, teenagers across the country are facing one of the largest investment choices of their lives: where to go to college. Identifying the right institution could mean a lifetime of higher earnings and increased socioeconomic mobility, but the wrong institution might make it harder to graduate and leave a student with unmanageable student debt.

It’s a complicated process wrought with caveats and personal preferences, and College Results Online (CRO) aims to make it a little easier. CRO is an online, college-search tool for prospective students and families to use to identify institutions that serve students like themselves — and serve them successfully.

Many students end up comparing colleges that appear similar based on inputs, like alumni giving and financial resources, without knowing that, sometimes, these seemingly similar schools have very different rates of student success. Take, for example, Syracuse University and Hofstra University. Both are mid-size, private colleges located in New York. Both have nearly the same percentage of Pell Grant recipients and underrepresented minority students, and incoming freshmen have a median SAT score around 1175. But a deeper look shows that student success isn’t necessarily predicted by university and student characteristics like these.

About 58 percent of students at Hofstra graduate within six years, compared with 80 percent at Syracuse. For students of color, the difference is more dramatic: Seventy-three percent of underrepresented minority students graduate from Syracuse, while only 51 percent do at Hofstra. That’s a 22-percentage-point difference. 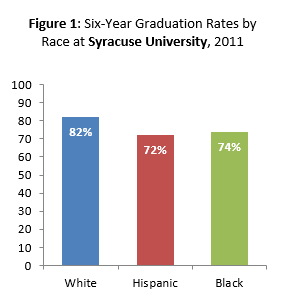 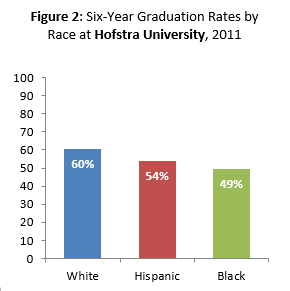 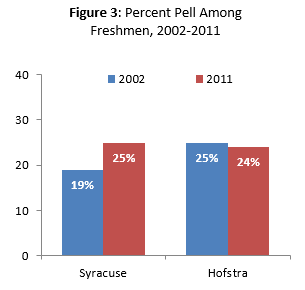 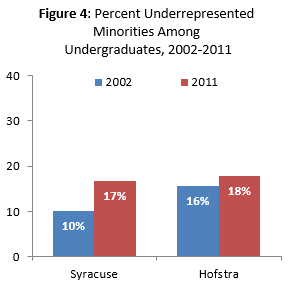 Syracuse has a slightly higher sticker price ($51,960), but it’s a better value, especially for low-income students. Moreover, after financial aid and scholarships, low-income students at Syracuse can expect to pay up to $8,000 less for a degree than they would at Hofstra — if they complete.

Hofstra might seem like the better choice given the lower price ($47,302), but for some — particularly low-income students and students of color — Hofstra might not get them to graduation day.

It’s up to students to decide what’s most important to them. And CRO gives them the data to do just that.