The 2018 midterm elections are almost here, and early voting has already begun in some states. Voter enthusiasm is at an all-time high—many are calling it the most significant midterm in decades—with the outcomes falling squarely on the shoulders of America’s youngest generation of voters.

Traditionally, young people don’t show up for midterms. According to Pew Research Center, 53 percent of adults who are eligible to vote are Gen Xers, Millennials, or “post-Millennials” who cast 21 million fewer votes than older generations in the 2014 midterm elections. And Black voter turnout fell seven points between 2012 and 2016, to less than 60 percent, according to U.S. Census Bureau data. So will 2018 be any different?

During a roundtable discussion at Howard University, students from the School of Education gathered at Founders Library to meet with John. B. King, Jr., president and CEO of The Education 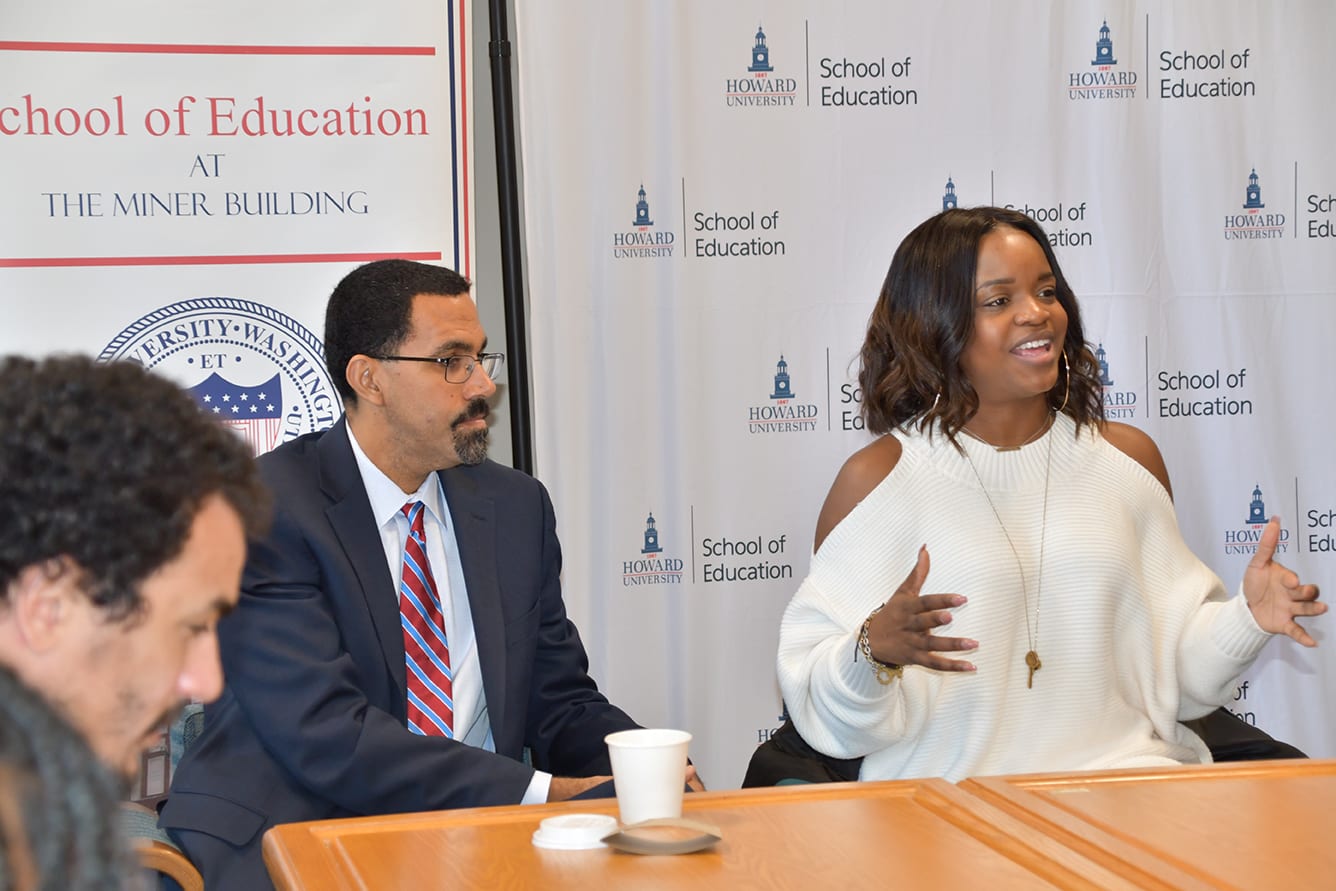 Trust and former U.S. Secretary of Education, and social justice activist Brittany Packnett to converse about the nexus of voting, activism, and education among students of color. Each of the nine Black young men and women was filled with promise and passion for their chosen field.  And they represent the future of education, as they will be influencing the next generation of students. “It sounds cliché, but our children’s lives are literally on the line,” said Lyndsie Whitehead, a doctoral student and research assistant at Howard. Yet as young voters who have witnessed the pendulum swing vehemently from hope-and-change enthusiasm to fear-and-dread nationalism, they are somewhat skeptical about the current system, and what it will take to truly bring about meaningful change.

“Sometimes I don’t feel as passionate about voting and wonder what difference it makes, said Frances Adomako, a psychology student. “What forces government to change? As I’ve gotten older, I feel that activism is more important than voting.”

“I think in society, young people are being groomed to prioritize voting over activism,” said Kofi LeNiles, who is pursuing his doctorate in educational leadership and policy. “So in a sense, our community is becoming more passive. What type of people are we developing for the next 20 years?”

“What frustrates me is the hashtag era that doesn’t translate into effective policy that affect people’s lives, like Black Lives Matter. I don’t want to be jaded in that process, but it’s frustrating,” said Whitehead.

“I kept thinking about why aren’t we voting and then being an activist, but also putting activism into places where we’re voting. Policy is what affects you directly. Technically, you’re voting for your own activism,” said Bria Williams, a senior. 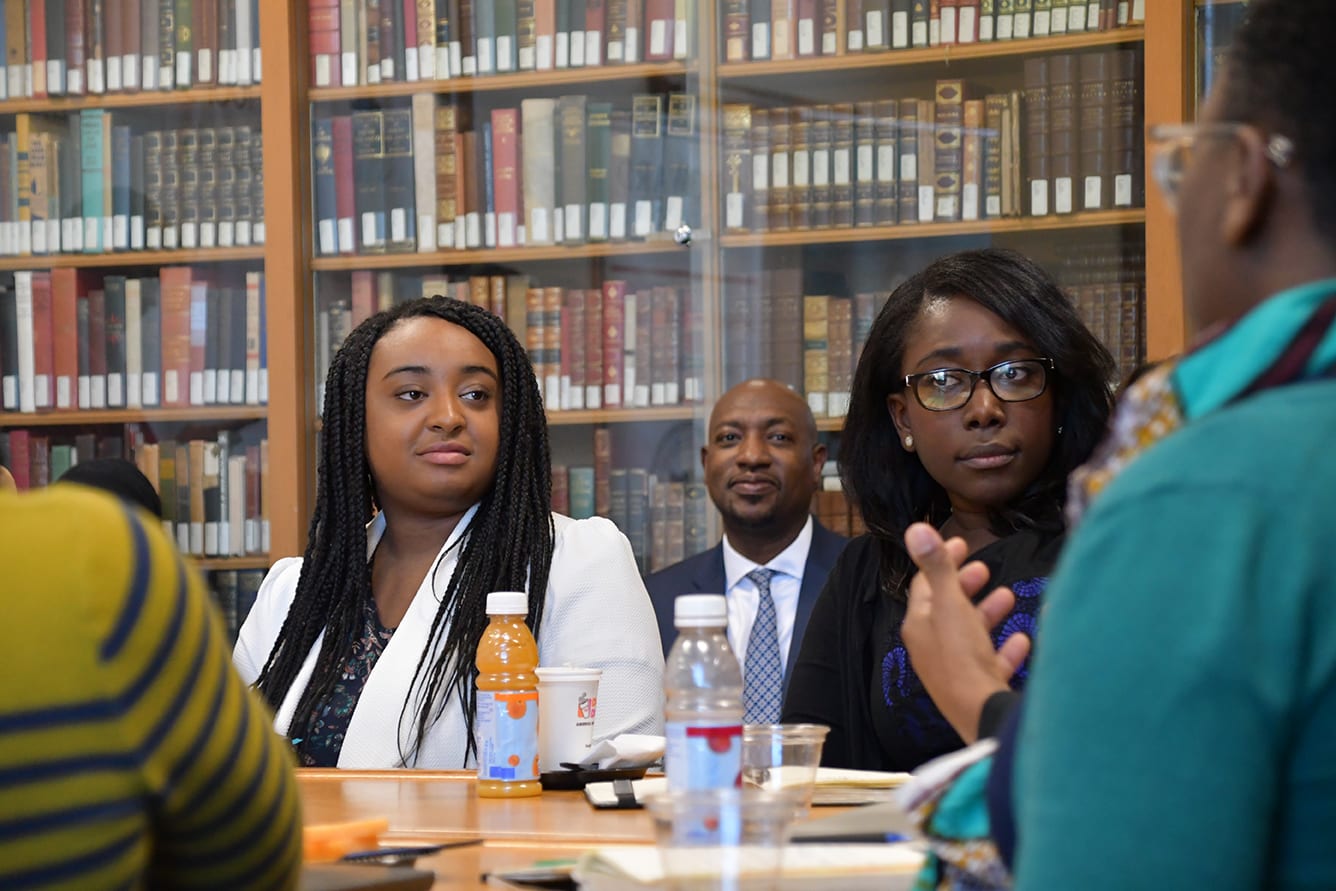 King and Packnett encouraged the group of students to think of voting and activism as a “both/and.” Because beyond the protests, beyond the petitions, elections have consequences. Said Packnett, “It’s not just about showing up November 6. Democracy is a 365-day job, every single year. I think about the 1.5 million Floridians who can’t vote because they’re formally incarcerated. I need to show up because they can’t. Nothing should be decided about us without us.”

Some students are taking those words seriously. Barbara Boakye, a third-year doctoral student pursuing her Ed.D, is flying back home to Texas for the sole purpose of voting. “Midterms are a time when if we really want to fix what we see as unworthy, this is the time to do it. Why wouldn’t I want to be a part of that? To me, it is more important than a presidential election. That’s one person. But what about all the other people? Our government is three branches. And if we literally have the role of electing two of those branches, why wouldn’t we put ourselves in a position to do that?”

In addition to voting, the group discussed the need for equitable education policy and for developing culturally relevant pedagogy, all while trying to maintain a sense of hope and optimism in their communities and classrooms amidst this current climate. King, a former social studies teacher, encouraged the students to create a community amongst themselves. “Teaching is an isolating field. It’s very easy to feel alone. People of color are underrepresented in every level of this field.” Indeed, just 8 percent of the teacher workforce is Black. But spirits were high by the end of the discussion, LeNiles left the roundtable inspired. “I felt like the solutions were in this room.”

Here’s to the future.