On behalf of The Education Trust, an organization dedicated to closing long-standing gaps in opportunity and achievement separating low-income students and students of color from their peers, thank you for the opportunity to provide comments on the proposed borrower defense to repayment rules.

The right of borrowers to assert a defense to repayment has been in effect since 1994 in order to ensure students who are victims of fraudulent institutions are able to be made whole. The collapse of Corinthian College, followed by that of ITT Technical Institute, demonstrated just how critical it is for the Department to have a robust borrower defense rule that puts students and taxpayers first.

Borrowers should not be unduly burdened in asserting a defense to repayment.

The NPRM shifts an inordinate burden to the borrowers in what appears to be a clear effort to prevent borrowers from asserting any defenses at all:

Borrowers should not be forced into default.

One of the more egregious proposals in the NPRM is the potential limiting of relief to “defensive” claims. Default is the worst financial outcome for a borrower and for taxpayers, and it has ripple effects in many other areas — from housing to employment and beyond. It is adding insult to injury for the Department to require borrowers to be in such distress before they are able to attempt to be made whole.

Borrowers should not be forced into arbitration.

Deceived borrowers deserve their day in court. Allowing predatory institutions to force students into arbitration proceedings and out of class action lawsuits significantly favors these institutions and provides less of a deterrent to wrongdoing. Requiring disclosure of forced arbitration is utterly insufficient, as it still denies borrowers their right to a trial.

Taxpayers should not be on the hook for institutions’ misconduct.

When institutions rip off students, they should be held responsible and the Department should have as many means as possible available to them to recoup money from these actors. Instead, this proposal weakens the Department’s ability to require that troubled schools set aside funds to cover potential taxpayer costs, making it more likely that taxpayers will be left footing the bill for institutions’ misconduct.

Borrowers should have access to loan discharges when their schools close.

Students whose schools close should have the right to choose whether they want to transfer their credits and finish their degree or get a fresh start. The Department’s proposal to take that choice away from borrowers will leave too many students harmed by the actions of their schools and drowning in debt.

Through this proposal, the Department has again signaled that it committed to protecting predatory actors at the expense of students and taxpayers. At every turn, this proposal sets up new barriers that are designed to deny deceived borrowers any realistic opportunity to be made whole. The Department should abandon this effort and instead move forward in implementing the 2016 rule. 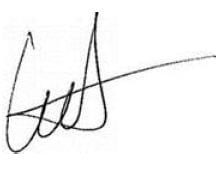