Black Students (and Issues of Race and Perception) Matter 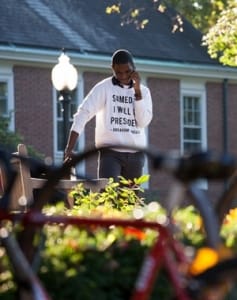 My nephew, a young black male who takes AP classes and is applying to college, has always had a hopeful and trusting attitude. But as he witnesses the senseless police killings of black males and the resulting non-indictments, his perspective has started to shift. He’s now more aware that to not be a statistic, he has to be twice as good, twice as smart, and 20 times more conscious of his actions. He knows how black men and boys are perceived is integral to their survival. And, he knows how black men are perceived doesn’t just matter in society at large — it also matters inside schools, where perceptions can limit opportunities and success.

In schools, bias against young black men shows itself in disproportionate discipline, but also seeps into classrooms in other pertinent ways. A new report by the Perception Institute attempts to explain how implicit bias, racial anxiety, and stereotype threat play out in schools and classrooms and offers insight into some of my nephew’s reactions. I share some takeaways from the research that, if applied, can help mitigate the weighty impact of recent events on young black males.

What this means for educators:

Our society is continuing to struggle with racial issues and equity as current events document, but educators and schools have the opportunity to tackle these issues and be a mechanism for change. The steps and actions noted above are a few examples, but the researchers at the Perception Institute have identified additional interventions that have proven to help eliminate racial biases as an obstacle to educational success. Educators can lead the way in creating positive cultural messages and diminishing stereotypes by positively shaping the school context and messaging about black students. But the question remains: Will educators and other stakeholders embrace the opportunity to create conditions and ideals that promote racial equality, or will they perpetuate bias instead?