LGBTQ Students of Color Speak Up

What does it mean to be young, gifted, and Black — when you’re also queer? This was the question posed to intersectional high school and college students at Duke Ellington School of the Arts in Washington, D.C. The event was hosted by Ed Trust, GLSEN, the National Black Justice Coalition (NBJC) and Education Leaders of Color (EdLoC). But as is typical in the theater, the students took center stage. Here’s what they had to say:

According to GLSEN’s National School Climate Survey, there has been a recent uptick in school victimization based on sexual orientation, after years of decline (see chart). Eliza Byard, executive director for GLSEN, says there is a sense of urgency given this current climate. “What if you went to school every day to expect violence? Because 4 out of 10 LGBTQ students will be harassed or assaulted at school. That experience of discrimination is real.” 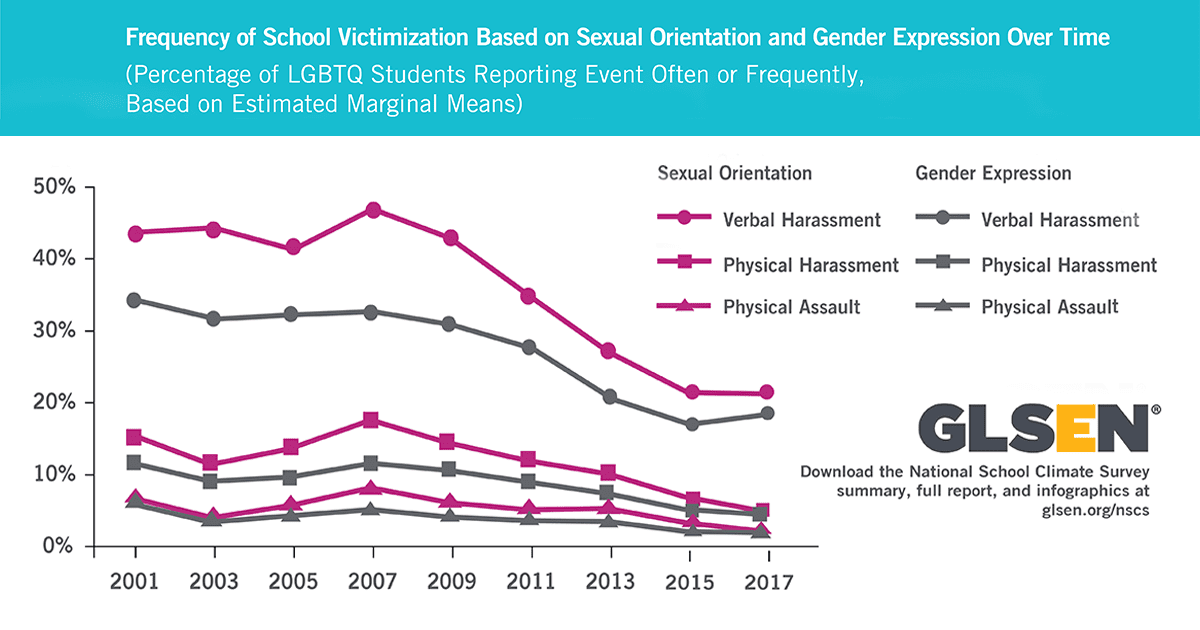 Hostile school climates negatively affect LGBTQ students’ mental health and educational outcomes. “Students experience trauma every single day just by walking out the door. We’re not really treating it as a crisis, but it is,” said Tracie Jade Jenkins, the executive director of The Boris Lawrence Henson Foundation, which was founded by actress Taraji P. Henson to fight the stigma of mental health in the Black community.

There’s also an obligation for state and federal government to create inclusive schools. Ed Trust’s president and CEO John B. King Jr. said, “At the end of the day, the job of government is to make sure that schools are safe and supportive places for all kids where they can thrive. That means that state and federal government have to be intentional about the decisions they make. … Ultimately, we need political will.” 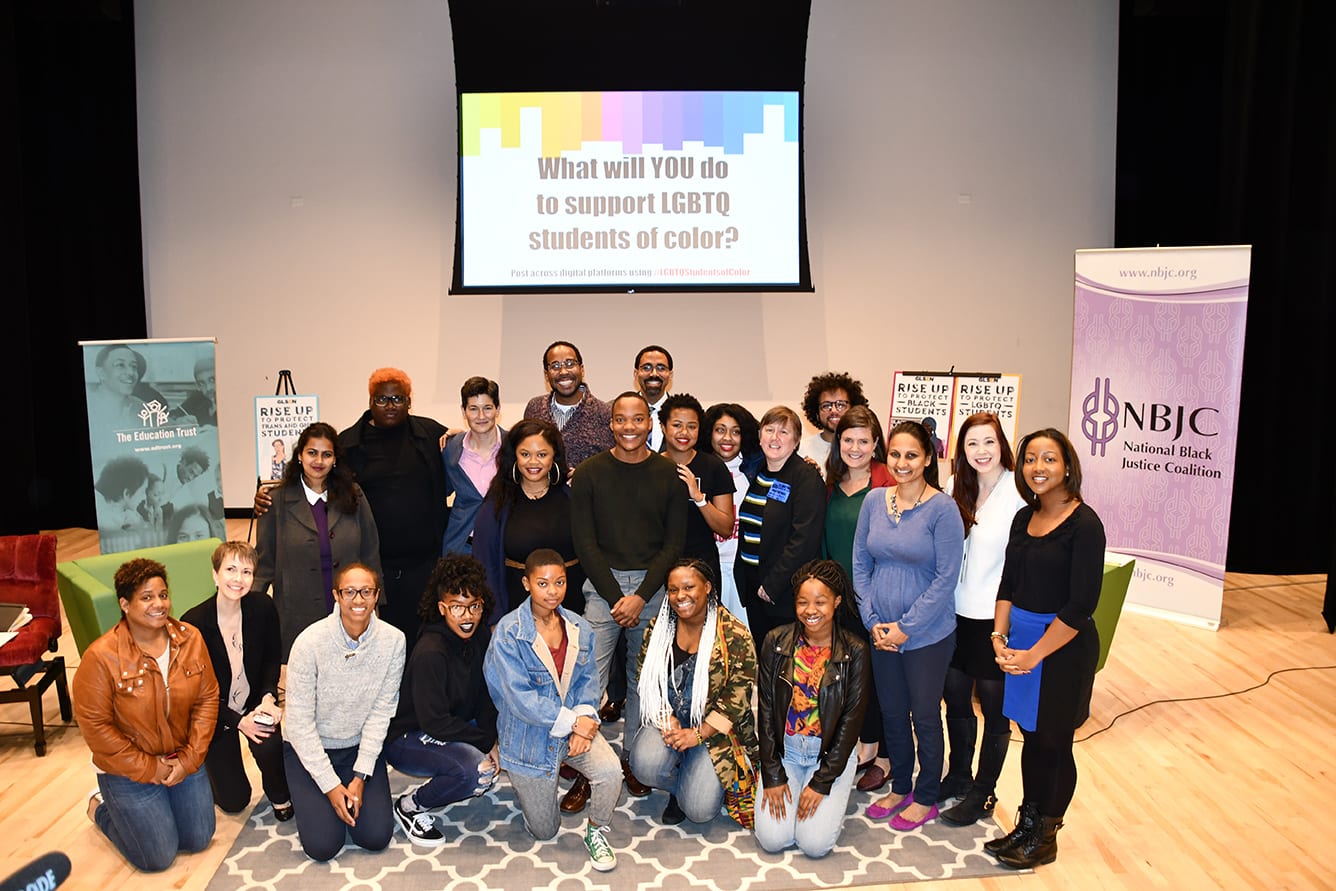 That’s where activism comes in. Social justice activist Johnetta Elzie says protests are hard, but they must persist if we are to make any headway. “The activism part is so important. You have to do something. Nothing changes if you’re sitting on your butt. Things around here need to be different. The adults need to change, not the kids.”

So what can we do to be strong allies to the LGBTQ community? The four organizations offer three recommendations that advocates, educators, administrators, and school and district leaders can start with to assert students’ identities and provide safe, engaging, and inclusive learning environments for LGBTQ youth of color: